After receiving a grant from Young & Talented Cornwall in April, Jamie Constance began rehearsals for a performance in Geneva at the Festival International Jeunes Ballets. The performance was held at the River Theatre de L’Usine. Here the group performed a ballet called Holberg Suite by Juan Eymar and a piece called Velvet by Mauro de Candia. It was a beautiful couple of days, and it was Jamie’s first time on a plane and first time in a foreign country. The same day Jamie flew back to the UK from Geneva, he boarded another plane to Munich.

Jamie had been invited to attend a final audition for the Bayerisches Junior Ballet, one of the best junior ballet companies in the world linked to the Bayerisches Stattsballet, a top company in the world. Jamie was offered a contract with the company, Director Ivan Liska was pleased with Jamie’s work and was surprised that he had only had this one year of professional training, in turn offering him the contract with Bayerisches.

The contract includes a post for two years in Munich where Jamie will perform with the main company but also do his own performances in the opera house in Munich and other venues around Germany. “I am so excited to begin my professional career.”

A few weeks after the great news, Jamie was asked with fellow dancer Elizabeth, to dance the White Swan Pas De Duex at the English National Ballet studios at City Island in London. This was for a research project held by the University of Loughborough Under Dr Arianna Maiorani from the School of Social Science and Humanities. There they had to dance the Pas de Duex with motion capture sensors on to capture the movement on an avatar. “It was fascinating and really fun and exciting to have been chosen to be a part of.”

“My graduation is soon; I will keep you updated as I try to study German and prepare for the future during this summer. Thank you for all the help I really do mean it.” 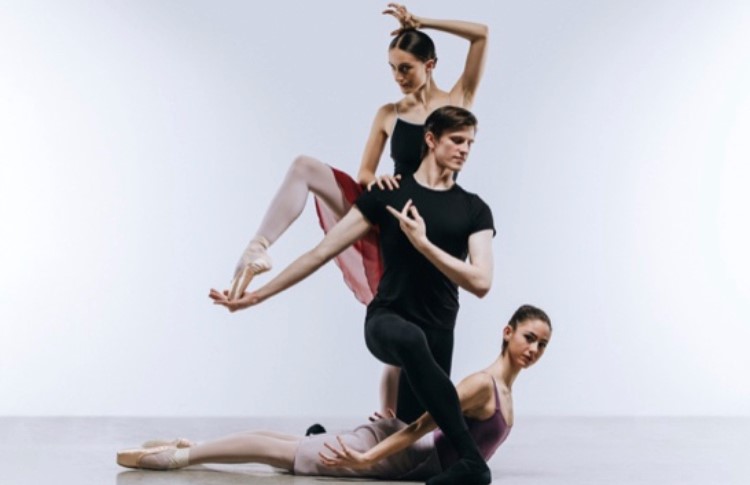