Merryn finished her final season with England Under 20’s team this year. The season proved to be a challenging one battling with the Covid-19 crisis, having to cancel or re-schedule training, camps and matches. Unfortunately, the team were unable to play their fixtures planned for the Summer but were able to go to camp towards the end of the season where restrictions allowed.

February this year saw Merryn invited into the Red Roses Camps, learning a lot and gaining more experience within her rugby career. This resulted in Merryn being named for the 36 player Six Nations squad and selected on the bench for the England V France Friendly in France where Merryn was set to gain her first cap. However due to unfortunate events, Merryn was unable to play but continues to train hard, learn and develop her skills to one day be named in a match day squad and to gain England senior caps.

More recently, Merryn has been playing for Exeter Chiefs in the Allianz Premier 15’s who have just finished their first season as a new women’s side. Thankfully, this rugby season was able to carry on through the Covid-19 restrictions and the team were able to carry on training and playing all 18 games of the season, achieving seven consecutive game winning streaks and finishing sixth in the league.

Currently, Merryn is involved with the England Red Roses pre-season camps in the build up to their season and aspires to be involved in the Autumn Internationals as well as studying during such a challenging time for students and entering her third year at University of Exeter.

Merryn comments “My rugby career has been packed with so many great experiences, with my most memorable achievement being, representing my Country. I am proud to be part of such an elite sport and I am so glad that with all the testing procedures and planning we could continue playing the sport we love this year. Young and Talented have been so generous to me, taking pressure off my family and helping me build my rugby career to where it is today. I’m so grateful.” 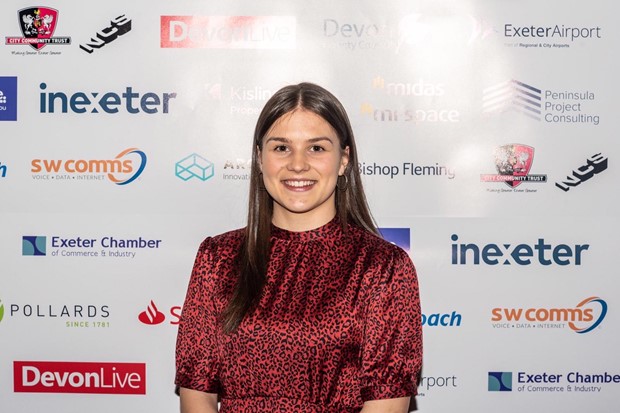