Posted on 8th August 2019 by admin_eightwire

Para-Footballer Matt Robinson has dreamed of wearing an England shirt since he was young, but always regarded it as a long-off aspiration on account of his cerebral palsy (CP). Way back in 2012, Matt received a grant of £700 from Young & Talented Cornwall. In July 2019, Matt got back in contact to inform that his dream had finally come true.

Growing up, Matt trained with his local football clubs, taking a break during his GCSE’s and taking up the role of FA Level 2 coaching instead. After winning three tournaments as a coach and Cornwall Sports Partnership Young Coach of the Year, Matt decided to turn his attention back to the field and focus again on his own football-career.

After a disappointing non-selection in 2017, Matt trained harder than ever and witnessed a massive transformation in his footballing skills. He was selected for the England Cerebral Palsy U21s team in November 2018, and finally the England CP Senior Squad in early 2019, from which he was selected to represent England at the Football World Cup in Seville in July 2019.

“Neither I nor my parents could believe what was happening.  All my dreams had finally come true”. 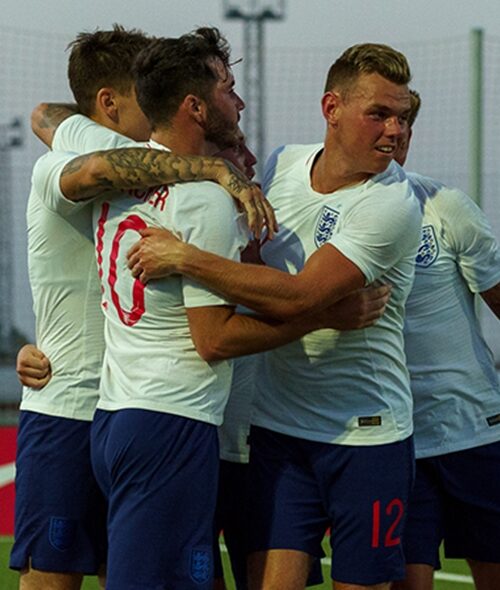