Cathryn Nuta from Launceston has been awarded a grant of £750 from Young & Talented Cornwall. Cathryn plays the piano and recorder, but specialises in playing the tenor horn. At the age of 14 years she passed her ABRSM Grade 8 in both tenor horn and recorder and was offered a place at the prestigious specialist music school, Chetham’s School of Music in Manchester.

The tenor horn Cathryn had been playing belonged to her mother; it was old and seeing as she had the intention of becoming a professional musician she felt the time had come to purchase an instrument to match her standard.  Young & Talented Cornwall awarded Cathryn £750 towards the purchase of a Besson Prestige Tenor Horn.

Cathryn said “I was frustrated having to play on an instrument that had seen its day. Now that I have my new horn, I think I can achieve so much more.  I look forward to playing and continuing to improve in the future.  Not only have I gained a place in Chetham’s School of music but also a place with the National Youth Brass Band of GB, having advanced from the National Children’s Brass Band.  I can now confidently play on an instrument that meets my abilities. I can now move forward to start to train as a professional musician.”

When Cathryn is home in Cornwall she plays in the family brass band, JDACC Brass, Bodmin Town Band and the Cornwall Youth Brass Band. 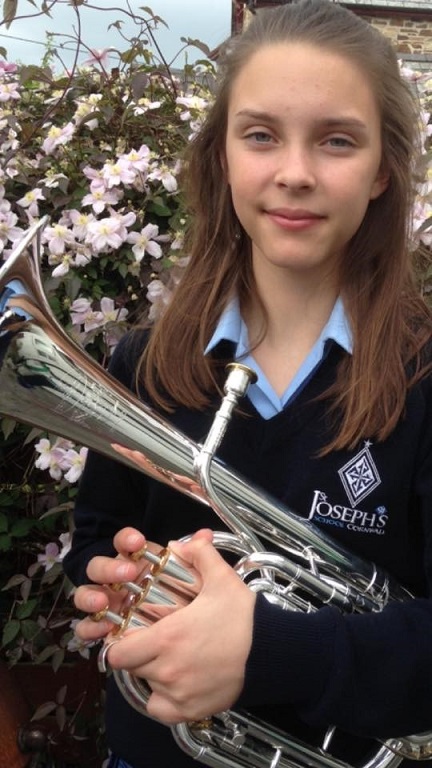