Young and Talented grant alumni Calum Jarvis, is a swimmer of international standard. He has been picked to represent Great Britain as part of the GB Olympic Swim Team at this Summer’s 2020 Tokyo Olympics.

Born in Cornwall, he moved to Bath in 2010 to train at the National Centre based in the city as a 200m freestyle swimmer. During the 2012 London Olympics trial, Calum won the 200m backstroke race but failed to make the selection time therefore unable to compete in the 2012 London Olympics. This did not stop Calum, he carried on training and in 2015 he was picked for the senior team representing Great Britain at the World Championships in Kazan taking part in the 4 times 200m relay race with the hope of getting to the 2016 Rio Olympics. Sadly, due to ill health Calum was not fit enough to compete for a spot at the 2016 Rio Olympics. A year on, Calum represented Great Britain in the 4 times 200m relay race at the World Championships in Budapest and won and since then collected medals across Europe and the globe.

When Covid-19 hit in 2020 sporting events were stopped. Calum was unable to train in a pool but luckily, went back home to Cornwall where Polzeath Surf Lifesaving Club gave him equipment to be able to train in the sea. The last year has had multiple challengers with Covid, competing nationally and internationally. Thankfully, the European Championships went ahead in Budapest and Calum was able to represent Great Britain in the 4 times 200m mixed relay race winning gold and men’s 4 times 200m freestyle taking home silver.

Calum adds “I am so happy and honoured to be competing for Great Britain in the World’s most prestigious sporting event and can’t wait to get stuck in. Thank you so much to Young & Talented Cornwall for my grants over the years, you have helped me to build my swimming career and I will be forever grateful.”

Congratulations to Calum Jarvis. Young & Talented Cornwall will be rooting for the Great Britain swim team. 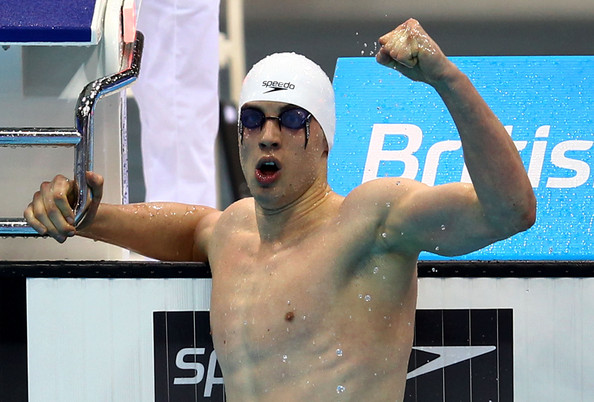