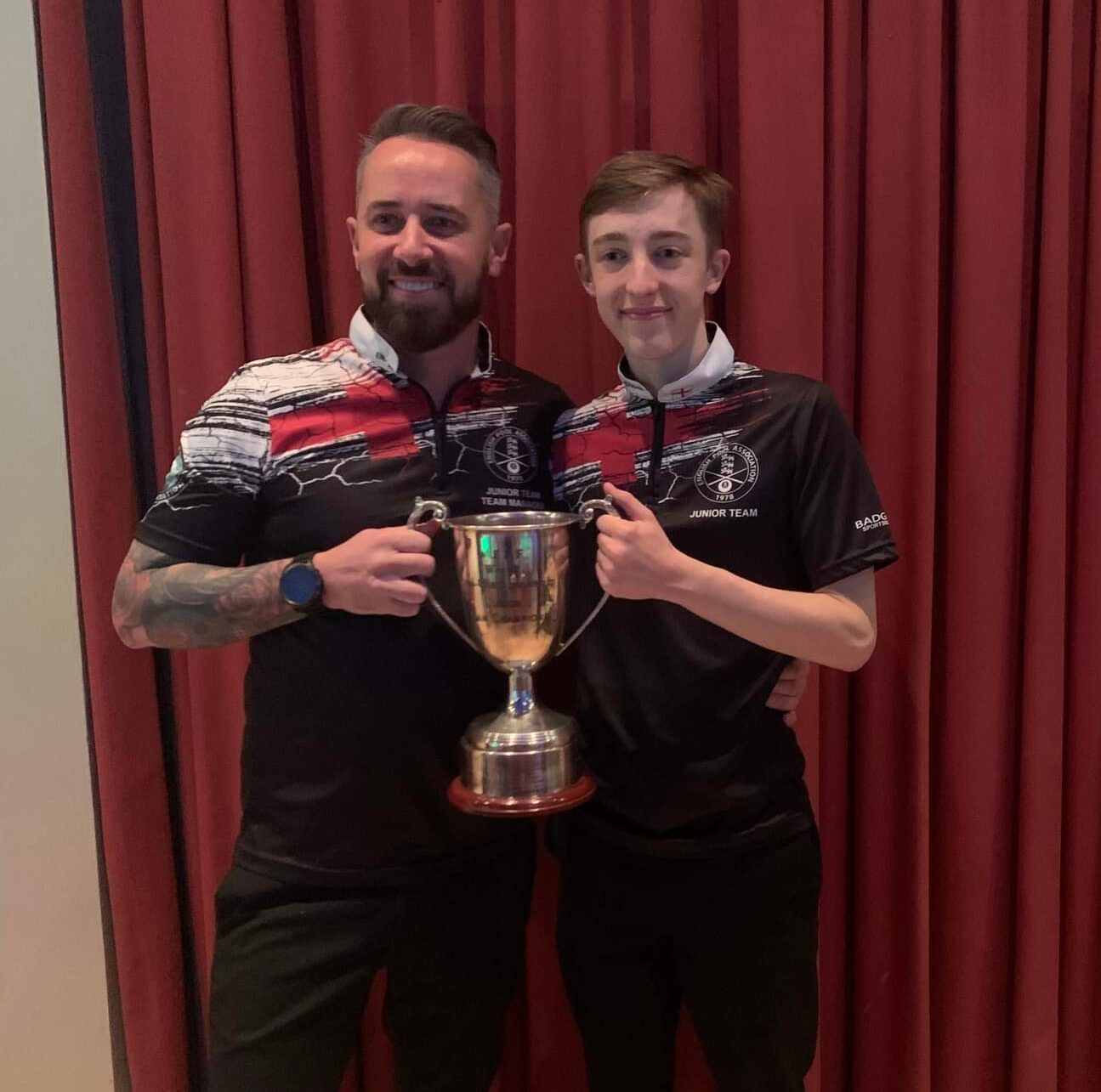 Matthew Ryall from Launceston and his Under-18 England pool team have recently won the World Pool Championships held in Killarney, Ireland. Matt who previously attended Launceston College and Callywith College is currently studying for a Geography degree at Exeter University.

The England team hit the ground running, winning every one of their matches during the four-day tournament and met Australia in the final, who put up a great fight but could not overcome the strength of the England team. This was the second international competition Matt has played in after his team competed in the Europeans which they also won back in February. During the event Matt won an impressive 18 out of 22 frames throughout the tournament, achieving the highest frame rate on the England team.

Matt said, “Playing in both the Euro’s and the World’s during my time as an Under-18 England Pool player was a dream come true, to be representing your country and playing against the best players in the world at such a young age is something I will never forget.”

Matt would like to thank Lord Lieutenant Colonel Edward Bolitho and Young & Talented Cornwall for recognising his talent and helping to support his pool journey, which has made an enormous difference.